The last company still making fans in the US used to be Marley Metal Engineered Products. They have now stopped producing American Made Ceiling Fans. There may still be stock available through distributors, so the article below may still be relevant, however once this stock is depleted there will no longer by ANY ceiling fans made in the US. Please write Marley MEP and ask them to continue making their US models, the Gillespie (model 994) and the Porch Fan (model 994PF).


One of the most common questions I get is, "I don't like all this foreign junk, where can I find some American made ceiling fans?" It is very true that the vast majority of ceiling fans are made overseas. And while being made overseas does not mean something is poor quality, it is also true that the fast majority of ceiling fans made overseas are lesser in quality to the fans that have been made in the US, over the years. However it is very expensive to make fans in the US, and much less expensive to make them in China, and most consumers aren't willing to pay the difference.

Perhaps more important than where a fan is made is the design by which it is made. The best quality fans use motors designed and originally made in America, such as the Emerson K55. These are generally 18 pole stack-type motors, as opposed to 16 pole spinner motors. The vast majority of these motors, once produced in the US, are now being made in Mexico and in Asia, yet the design remains the same. Casablanca, which used to buy US-made K55s, now produces their own version of it, the XLP, in their plants overseas. Emerson still uses the K55 however now it is produced largely in Mexico. These are still very good quality fans. However, perhaps because of the motor design, but possibly also because of other factors (see Ceiling Fan FAQ and Discount Ceiling Fans) these fans are very expensive, often costing upwards of $400. Worth it, certainly, to one who can afford to pay it, but many people can not budget such an amount, particularly when other fans are selling for $100-200 and less.

Hunter is renowned for a fan called The Original. This is a fan Hunter first designed in the early 1900s, and continues to produce today. Many changes have been made over the years but the fan still looks very much the same, and, until recently, was very much the same quality. Until very recent years (2002 if I am not mistaken) Hunter still manufactured The Original in the US, using much the same motor as the very first models. This was a cast iron housing, with the stator filling the entire housing, and the bearings sitting in an oil reservoir that required fresh oil periodically.

The result was an extremely heavy, powerful fan that could operate for decades if maintained. Hunter has since moved the production of The Original overseas to the same factories as the rest of their fans, and, rather than building them to the same specifications as the US version, redesigned the motor. The overseas made Originals still have a cast iron housing and "oil bath" bearing system, however the motor is much smaller (inside the housing) and less powerful. On the outside they appear the same as the last US models, but they can usually be identified by a letter 'A' following the model number on the box, and a "made in Taiwan" mark on the motor. The imported Originals are also Energy Star compliant.

The result of so much fan production being moved out of the US is that used American made fans have become a great deal more popular. On eBay, used Hunter Originals and Casablanca's sell for quite surprising prices even in poor condition. This is the downfall of eBay that people often do not know what they are getting until it arrives (see warnings on buying used in 'Discount Ceiling Fans' section), however the educated buyer often ends up with a very nice ceiling fan with only minimal work and repair.

There is an alternative to buying used. I have discovered a company still making ceiling fans assembled in the US, fans selling in the $200 range. They offer only a few basic designs and finishes, however these are very good quality fans, the equivalent fan by any other company would cost, see above, upwards of $400 and still be imported. These fans have a motor similar in design to the Emerson K55 and Casablanca XLP however, again, it is made in the US, not overseas. And even to those whom where something is made does not matter, you are still getting a much better fan for the money. A $400 fan for $200 AND it's made in the US? I think that's pretty cool, pun non-withstanding.

This website is not connected with the company that makes these fans in any way, nor the retailer that sells them (I just think they're a great deal). And so I am loathe to post a direct link to purchase them, or a blatant advertisement of the company, on this site which strives to be impartial. 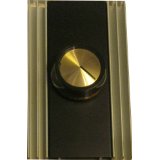 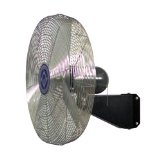 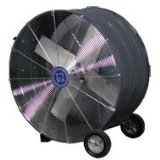 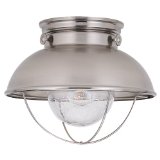 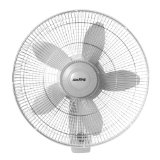 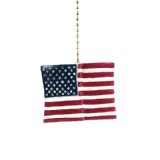 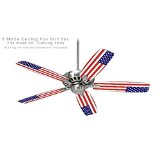