Most ceiling fans sold in recent years have a built in 3-speed pullchain for speed control. Some older fans have two speeds, or infinitely variable speed controls built into the fan. However it is not uncommon to desire a means to control the fan from somewhere other than the fan body-- usually a wall switch. Here we will discuss a few options:

1. Remote controls. Many, many ceiling fans offer wireless remote controls very similar to that of a television or garage door opener. These controls are handheld and offer 3 or more fan speeds, light control and dimming, reverse of the fan motor, and occasionally other features. The downsides are that if the remote is lost or broken, the fan is unable to be controlled, also the majority of remote ceiling fans use inexpensive electronics and are unreliable and break down. See our remotes section for more information.

1a. Remote kits. Many ceiling fans which do not include remote controls can be adapted to be remote controlled with a kit. This kit consists of a handheld wireless control and a hard-wired receiver which installs in the ceiling fan canopy, wired between the fan and the power source. These kits do not offer the ability to reverse the motor from the remote (that still has to be done on the fan body) but you do achieve 3 or more fan speeds and light control with dimming. The fan pullchain should be left in the 'high' speed position. The advantage of these kits, over fans with remotes built in, is if the remote is lost or broken, or if something otherwise fails in the receiver, it can be bypassed or replaced easily and the fan can still be used. See our remotes section for more information.

4. Transformer-based controls. Similar to capacitor stepped controls, transformer-based controls offer 4 or 5 distinct fan speeds. They are compatible with most or all ceiling fan motors, and are quiet, although some produce an almost inaudible humming sound. They are most commonly found on industrial-type fans. They have the same advantages as capacitor-type controls, plus some are built to operate higher amounts of current and therefore control more than one fan. The disadvantage is that they usually mount on the surface of the wall rather than inside an outlet box, and therefore are ugly. They wire in the same fashion as capacitor controls and solid state controls, requiring a dedicated hot lead to the motor(s).

5. Computerized wall controls. If you haven't noticed, other than remotes, all of the wall controls mentioned thus far, require separate wiring if you wish to control both the fan and light separately from the wall. Many homeowners install ceiling fans to replace light fixtures where there is only one switched hot lead, and do not wish to pay an electrician to add another. And so some fan companies offer a wall control which only requires one hot lead, yet offers separate switching of the light and fan. Casablanca was the first to introduce this design with the InteliTouch wall control. Many other companies offer something similar. Some work by sending brief electrical signals, along with the power supply, to the fan. Others operate with radio frequencies similar to the remote controls. In all cases the wall control wires in place of a standard light switch, and the fan hooks up just as the ceiling light did with only two wires. Each control can only be used with the specific fan, none other, and one control operates one fan only. Multiple fans require multiple controls. You can, however, hook multiple controls to one fan for three-way operation. Some companies offer kits, similar to the remote kits, in order to add this feature to a standard ceiling fan. 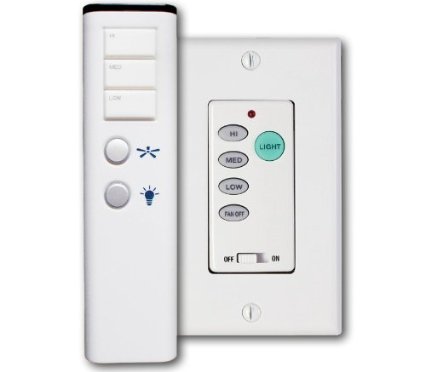 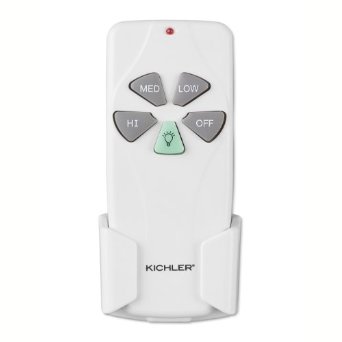 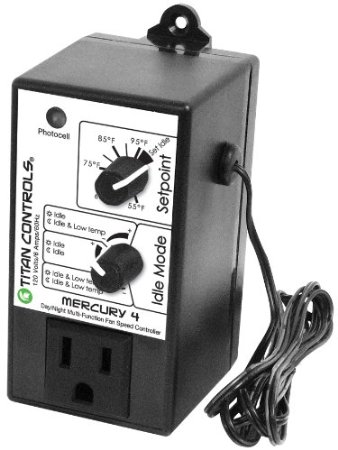 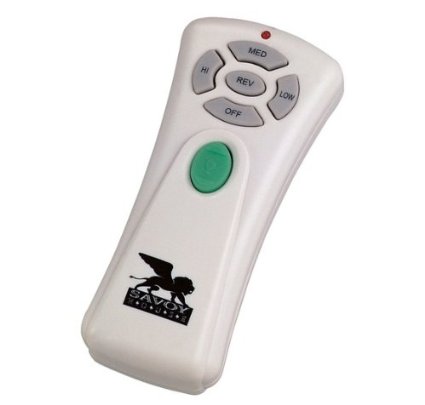 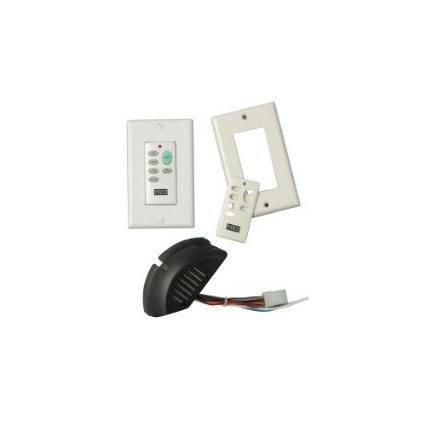 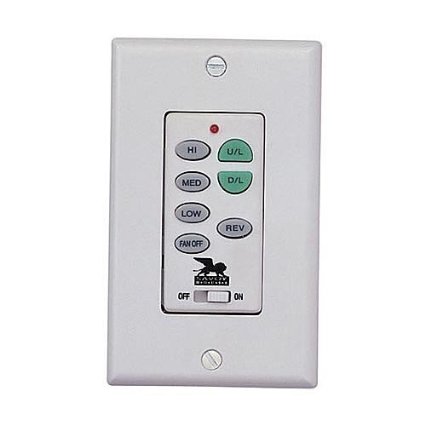 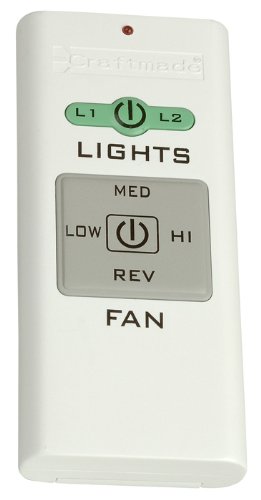