A design common in ceiling fans since 1979 uses a rubber flywheel to mount the blades to the motor. This is a rubber disc that attaches to the shaft of the motor with a set screw, and then has a pattern of (usually threaded) holes for the blade brackets to attach. Originally, when fan manufacturers first started using permanent split capacitor motors, these flywheels were made of metal, but as ceiling fans gained popularity in residential settings, the design changed to rubber so as to isolate motor vibration from the blades. The problem with rubber flywheels is they break over time. Replacements are still available for most common models.

If the fan suddenly stops working but you still here noise from the motor, it could be a broken flywheel.  Cut power to the motor immediately to avoid further damage, and inspect:

In short, if the motor spins independently of the blades but all of the blades remain attached to each other, you probably have a broken flywheel.

Replacement flywheels are still available for most models.  The first step is identifying the make and model of fan, and cross-referencing it with the available replacement flywheels.  If the make and model is not immediately apparent, or if several replacements cross, you will need to measure the broken flywheel.  The three relevant dimensions are the outer diameter, the inner diameter (shaft size) and the spacing between the blade bracket holes.  Some flywheels have additional holes for mounting to the motor assembly, or to attach a flywheel cover.  Make sure the flywheel is an exact replacement.

Disassembling the fan to remove and replace the flywheel is not a task for those who are not 'handy'.  If you are uncertain of your capabilities doing so, email this site or contact a local service technician.

How to Replace a Ceiling Fan Flywheel - Step by Step Instructions

1.  The blades should be removed from the fan.  It is easier to do so with the motor removed from the ceiling and seated on the floor or a workbench, however this can be done with the rest of the fan still installed.

2.  Open the switch housing.  Detach any controls (pull chains, variable speed dials, reverse switches, etc.) and observe the wiring.  Making careful note of where and how all wires connect, disconnect all wires that are coming from the motor.  Make sure they are disconnected in a manner they can easily be reconnected, and, I can not stress this enough, make note of where and how they connect.  You will have to put everything back exactly as it was once the new flywheel is in place.

3.  Remove the switch housing from the motor assembly.  Usually this is a nut screwed on to the bottom of the shaft, or the switch housing itself is threaded and screwed on to the shaft, or both.  If the flywheel has a cover, remove it as well, usually by two small screws on either side of the shaft.  In some cases there may be a snap ring holding the flywheel and cover in place, the safest way to remove this is with a snap ring pliers.  If you dot know what this is or have any further questions at this step contact us.

4.  One the switch housing is removed, the flywheel is accessible for removal and replacement.  Locate the set screw, in most cases it is an allen screw on the side of the collar (center of the flywheel).  Loosen or remove it.  If there are any other screws attaching the flywheel to the motor, remove them.  Make a note of where on the shaft the flywheel is placed (you may want to mark the shaft with a permanent marker) and slide the remaining parts of the flywheel off the shaft.  As it may have been broken into pieces, remove all additional debris from the area.

5.  Feed the wires through the collar of the new flywheel and slide it up the shaft into position.  Tighten the set screw and replace any other screws that may have attached it.  If there is a flywheel cover and/or slip ring, replace it.

7.  If the motor was removed from the ceiling, reinstall it.  Attach the blades.  Congratulations, the fan should now work as new! 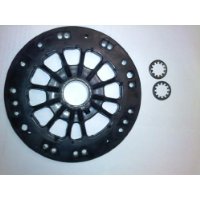 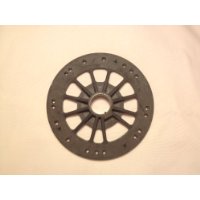 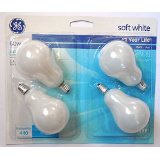