Wiring a ceiling fan is surprisingly simple. Often times it is no more complicated than the wiring of a light fixture. As with any electrical wiring, make sure all wire connections are made securely with the proper size wire nuts, that they are not loose and that no copper strands are showing. Most "house wiring" should be 14 or 12 gauge solid copper wire attached to a 15 or 20 amp 120vAC circuit respectively. Consult a professional if you encounter something varying from this and are not aware of how to safely handle it. 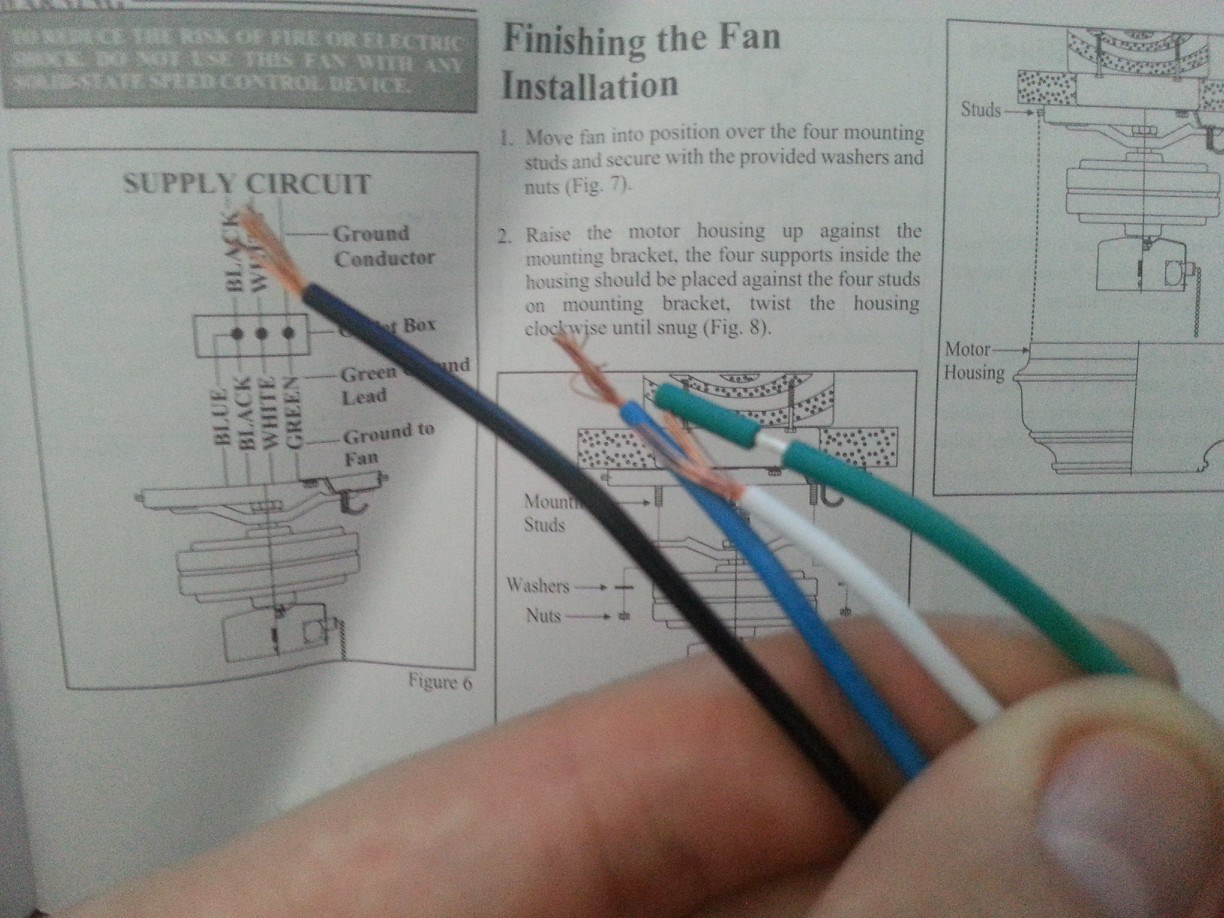 Do these look familiar? That's right - it's the black, blue, green and white cables from your ceiling fan!

In all cases the neutral (white) wire from the fan assembly should be attached to the neutral (usually white) lead from the house wiring. Note that if you encounter a white wire with a marking piece of colored tape attached, this could be used to signifiy it is being used as something other than a neutral.

The ground (green) wire or wires from the fan assembly should be attached to the ground (usually bare, sometimes green) lead from the house wiring. Some older houses may not have a separate ground lead and use the metal conduit and electrical boxes as ground. In this case you would attach the ground wire from the fan to the electrical box (and/or mounting plate) with the appropriate screw or clip.

As for the two hot leads:

Example 1: Replacing a light fixture with a fan, and/or installing a fan where there is only one switch

The black wire from the fan would be connected to the hot lead (usually black, sometimes red) from the house wiring. If the fan has a light the red/blue/striped wire would ALSO be connected to the hot lead from the house. If not then this wire would be capped off, should you chose to connect it (and make easier the option of adding a light later) make sure it is capped off in the fan's switch housing. In this example both the fan and the light would be controlled by the previous light's wall switch.

NOTE: examine the wires inside the electrical box. Is there an additional wire, presumably a black or a red? There is possibly another hot wire, unswitched, that would allow the fan's light to be controlled by the wall switch and the fan to be controlled by it's pullchain. In most cases you would connect the black wire from the fan to the black wire(s) in the outlet box, and the red/blue/striped to the red wire from the house. HOWEVER this can vary due to your house's wiring, so do not make any attempts unless you are sufficiently comfortable working with electricity.

Example 2: Installing a fan to a box already wired for one, where there are two switches

Some newer homes come pre-wired for fan-light combinations, and offer two separate wall switches: one for the light, and one for the fan. In this case you would connect the black wire from the fan to hot (black) lead from the house wiring, and the red/blue/striped wire from the fan to the additional hot (red) lead from the housing wiring. This should allow you to switch the fan and light separately. Should you chose to install a fan without a light, cap off both red (blue etc) wires, or connect them and make sure the light lead is capped off in the fan's switch housing.

Example 3: Installing a fan where there is NO switch

Example 4: Installing a fan with a remote

Remote controlled ceiling fans only have one hot lead for both the light and fan, as they are controlled internally by the remote receiver. In the cases of Examples 1 and 3 above, the fan would be wired as stated ignoring all references to a red/blue/striped wire. As in example two, only one of the two wall switches would be needed. You would connect the hot lead from the fan to either of the hot leads from the house wiring, and cap off the other.

In any case where a fan motor is controlled independently from a wall switch (such as Example 2 above, or Example 1 where there is no light kit) the wall switch can be replaced by a fan speed control to allow more diverse operation of the fan from the floor level. If both the fan and light are wired to the same wall switch a speed control should not be used.

Lastly, optional kits are available to convert a conventional ceiling fan (with light) into a remote control fan. The wiring of said kits can vary by case, so consult the included manual. However in most cases, the fan is wired to the kit's remote receiver as would be wired in Example 2 above. The kit's receiver would be connected to the house wiring as in Example 4 above. 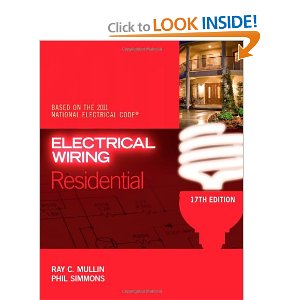 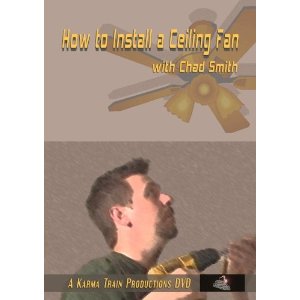 How to install a Ceiling Fan with Chad Smith 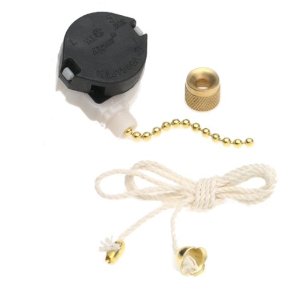 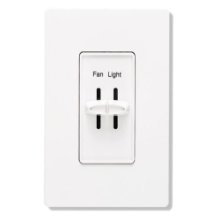 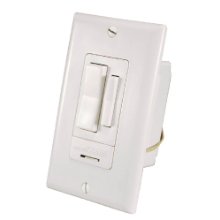